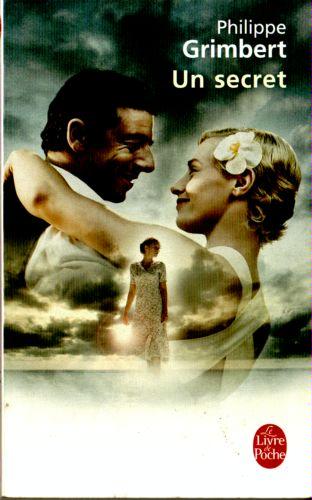 If you’re looking to read a novel in French that’s fairly short and accessible, but a serious piece of literature that will stay with you long after you finish it, then Philippe Grimbert’s Un secret would be a good choice. It won the Prix Goncourt des lycéens when it was published (France’s only literary prize to be awarded by a panel of sixth-formers), and has since been made into a film by Claude Miller.

The autobiographical novel is about the terrible family secret Philippe uncovers during his childhood. The story begins with his unusual quirk, as a child, of having not an imaginary friend, but an imaginary brother:

[An only child, for a long time I had a brother. You had to take my word for it when I served up this tale to people I met on holiday or casual acquaintances. I had a brother. Stronger, more handsome. A glorious, invisible older brother.]

But not only does Philippe have an imaginary brother, he also knows the brother’s name, Simon, and owns the cuddly toy dog that once belonged to him. Simon, it begins to appear, is not so imaginary after all, but pieced together from half-remembered whispers and silences about Philippe’s parents’ lives before he was born. And the mystery seems somehow connected to the fact that their real name isn’t Grimbert at all, but the Jewish surname, Grinberg. What Philippe finally discovers is a history of love and betrayal among his parents and their circle of friends during the German Occupation of France in World War II, culminating in a dramatic event, the ‘secret’ itself, which, once you learn it, you won’t forget for a long time.