Perhaps not destined for immortality alongside the films of Renoir, Truffaut and Godard (we’ll get around to them later), Panique au village (2010) is nevertheless one of the most striking and original French-language films this decade. I mention it now because, as The Lego Movie sweeps the planet with wild enthusiasm for manic silliness, delirious inventiveness and non-stop action performed by small plastic children’s toys, it’s a good moment to hunt out that film’s spiritual godfather. In fact, if the makers of The Lego Movie didn’t watch A Town Called Panic while they were coming up with their ideas, then there’s a surprising coincidence of tone between the two films.

The main characters of A Town Called Panic are a house-sharing group of three friends, one of whom happens to be a small plastic cowboy, one of whom is a small plastic Indian, and the third a small plastic horse. All three of them live in a perpetual state of frenetic excitement, speak very fast, and have a tendency to panic. If they seem familiar, it may be because they also starred in adverts for Cravendale milk on British TV a few years ago. The story begins when Cowboy and Indian plan to build a barbecue for Horse’s birthday party, but accidentally order over the internet a billion times more bricks than they require to build it. The resulting delivery destroys their house, but each time they try to rebuild it, someone steals the walls during the night. They discover the thieves to be a group of sea-monsters, who…

Actually, that’s as far as I can really get with summarizing the plot, which seemed to make sense when I watched the film, but now just leaves me confused and giggling. Let me just say that it’s very funny, and if you liked Emmet, Wyldstyle and Unikitty, you’ll like these too. Here’s a flavour of it from the trailer: 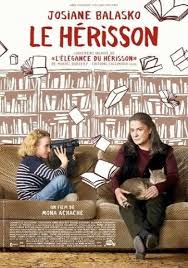