In the previous post, I included Charles Baudelaire’s sonnet, Les Chats, and a translation of it by Roy Campbell. I took both from this website, which is worth a look for anyone interested in Baudelaire, or in translation, since it contains every poem from Baudelaire’s collection, Les Fleurs du mal, each accompanied by four different English translations.

Anyone who thought translating was simply a mechanical process of transposing words and phrases from one language into another would learn a lesson from these competing versions of each of Baudelaire’s poems. Let’s take a brief look back at the cats.

Here, once again, is Baudelaire’s original:

Sages austere and fervent lovers both,
In their ripe season, cherish cats, the pride
Of hearths, strong, mild, and to themselves allied
In chilly stealth and sedentary sloth.

Friends both to lust and learning, they frequent
Silence, and love the horror darkness breeds.
Erebus would have chosen them for steeds
To hearses, could their pride to it have bent.

Dreaming, the noble postures they assume
Of sphinxes stretching out into the gloom
That seems to swoon into an endless trance.

Their fertile flanks are full of sparks that tingle,
And particles of gold, like grains of shingle,
Vaguely be-star their pupils as they glance.

Now, take a look at these three other translations of the same poem, by George Dillon, Claire Trevien and William Aggeler, and see how differently the text comes out each time:

No one but indefatigable lovers and old
Chilly philosophers can understand the true
Charm of these animals serene and potent, who
Likewise are sedentary and suffer from the cold.

They are the friends of learning and of sexual bliss;
Silence they love, and darkness, where temptation breeds.
Erebus would have made them his funereal steeds,
Save that their proud free nature would not stoop to this.

Like those great sphinxes lounging through eternity
In noble attitudes upon the desert sand,
They gaze incuriously at nothing, calm and wise.

Their fecund loins give forth electric flashes, and
Thousands of golden particles drift ceaselessly,
Like galaxies of stars, in their mysterious eyes.

The ardent lovers and the stern students
in their maturity, love equally,
the gentle, powerful cats, pride of the family,
they too feel the cold and favour indolence.

Companions of knowledge and desire
they seek the silent horrors darkness breeds,
Erebus would take them for his funeral steeds,
were they able to soften their pride.

They take as they dream the noble pose
of the great sphinxes, reclined in desolate land,
lost, it seems, in an endless doze

Their fecund loins brim with enchanting glitter,
whilst their haunting eyes at random flicker
with particles of gold, like fine sand. 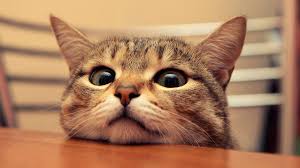 Both ardent lovers and austere scholars
Love in their mature years
The strong and gentle cats, pride of the house,
Who like them are sedentary and sensitive to cold.

Friends of learning and sensual pleasure,
They seek the silence and the horror of darkness;
Erebus would have used them as his gloomy steeds:
If their pride could let them stoop to bondage.

When they dream, they assume the noble attitudes
Of the mighty sphinxes stretched out in solitude,
Who seem to fall into a sleep of endless dreams;

Their fertile loins are full of magic sparks,
And particles of gold, like fine grains of sand,
Spangle dimly their mystic eyes. 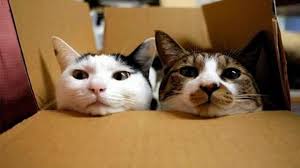 As you can see, many of the equivalent lines between the translations have barely a word in common. Much of the disparity stems from the translators’ desire to capture not only the sense of Baudelaire’s poem, but also something of its form: its rhyme scheme and metre, as well as, within the lines,  sound-patterns and structures of emphasis, symmetry or repetition. Poetic form isn’t the only factor in the differences, though: note, for instance, that the four translations have four different words for ‘savants’ in Baudelaire’s opening line (‘sages’, ‘philosophers’, ‘students’, ‘scholars’), but only one of these choices is determined by the rhyme (Trevien’s ‘students’/‘indolence’).

We can also see how the different translators have different priorities. Aggeler’s translation, for instance, sticks very closely to the sense of Baudelaire’s poem, translating almost word-for-word. He goes for the most accurate expression of the original meaning even where it might appear clumsy, such as translating both ‘orgueil’ and ‘fierté’ as ‘pride’, and both ‘songeant’ and ‘rêve’ as ‘dream’. In capturing the sense so faithfully, though, he has completely abandoned the form: his poem has neither rhyme nor rhythm, and no more sound-patterning within its lines than might occur by chance.

The other three all sacrifice precision of meaning to some extent in order to mimic Baudelaire’s form. Campbell recreates Baudelaire’s rhyme scheme beautifully, but at the cost of a few deviations from Baudelaire’s meaning and a couple of awkward moments: rather than ‘sable fin’ (fine sand), the gold flecks in cats’ eyes are now ‘shingle’ (basically, pebbles), and Baudelaire’s final image of cats’ eyes is rather let down by the tacked-on ‘as they glance’ Campbell needs to rhyme with ‘trance’ in an earlier line.

Dillon goes even further in imitating the form. His poem not only recreates the rhyme scheme, it also retains Baudelaire’s twelve syllables per line. Not surprisingly, his poem ends up furthest from Baudelaire’s original sense and imagery. In particular, he seems to have been left with a bunch of unused syllables in each stanza, which he’s filled up with little additions of his own invention here and there, like ‘where temptation breeds’, ‘upon the desert sand’, or ‘galaxies of stars’.

Trevien strikes a good compromise between all these positions.Her lines drift in and out of traditional English iambic pentameter, and her rhyme scheme drifts between full rhymes (‘breeds’/‘steeds’) and half-rhymes (‘glitter’/‘flicker’). This loosening of the straitjacket of versification allows her to capture Baudelaire’s meaning and images more closely than the other rhyme-and-rhythm translators. A little reshuffling and a touch of artistic licence take her further from the sense of the poem than Aggeler’s version, but at least in Trevien’s, unlike Aggeler’s, you can still see that the poem is a traditional sonnet.

Trevien is my favourite, but my point is that, in literary translation, not only can we not answer the question, ‘Which is the correct translation?’, we can’t even answer the question ‘Which is the best translation?’ without a heavy dose of personal taste in the evaluation. Each of the translations manages to capture some aspects of Baudelaire’s original poem, and sacrifices other aspects in order to do so. There’s no objective measure of which aspects are the important ones. The process is so fraught with difficult decisions that another of Baudelaire’s translators, Clive Scott, managed to write a whole book about the agonizing trade-offs involved.

To finish, my friend Mike Metcalf reminds me that there’s another translation of Baudelaire’s Les Chats, by the French writer Georges Perec and included in his novel, La Disparition. Perec translates the poem from French into… French, but a very particular variety of French. If you haven’t heard of this extraordinary novel, then I’ll tell you about it (and its equally extraordinary English translation, A Void) in a later post, but hold off googling it for now until you’ve had a good look at the poem below and tried to work out what Perec has done. The trick is simple to grasp, but oh so difficult to pull off. Over to Perec: