There are seven billion people on the planet. Fewer than four hundred million of them speak English as their first language. Five billion of them don’t speak English at all. If you want to talk to them, you’re going to have to learn a foreign language.  Even with the ones that do speak English, you’re not going to get very far if you know nothing of their culture, and can’t understand anything they say to each other.

That should be reason enough to be considering a degree in modern languages. At Oxford, we offer courses in the two most widely spoken first languages on the planet, Chinese and Spanish,  the other major languages of Europe (German, French, Italian, Czech, Slovak, Greek, Polish, Portuguese), and of the increasingly important BRIC economies (Brazilian Portuguese, Russian, Hindi, Bengali), and of East Asia and the Middle East (Korean, Japanese, Arabic, Persian, Hebrew, Turkish), as well as minority languages like Catalan, Galician, Yiddish, Gaelic and Welsh. Most of these are available to learn from scratch, on their own or in tandem with another language or another subject. You can explore all the possibilities and combinations on our admissions pages.

How does French measure up against these other choices? Well, according to the French government, there are more than 220  million French speakers in the world, spread across five continents and 77 countries with French as an official language. It is the second most widely learned foreign language after English, and the sixth most widely spoken language in the world. French is also the only language, alongside English, that is taught in every country in the world. France operates the biggest international network of cultural institutes, which run French-language courses for close on a million learners.

The majority of French-speakers live outside Europe (which has approximately 87.5 million French speakers).

16.8 million French speakers in the Americas and the Caribbean (notably in Martinique, Guadeloupe, Haiti, Quebec and French Guyana),

2.6 million speakers in Asia and Oceania (particularly in the former colonies of Vietnam, Laos and Cambodia),

33.6 million in North Africa and the Middle East (especially the ‘Maghreb’ countries of Morocco, Algeria and Tunisia, and Lebanon and Syria in the Middle East),

French is very much a global language of the twenty-first century, and studying it at university opens doors that lead far beyond our nearest European neighbour. 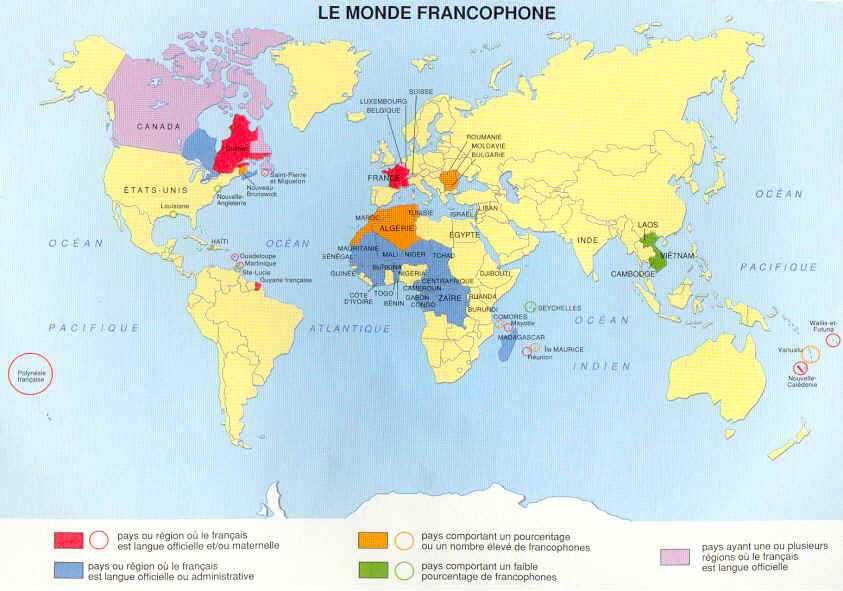