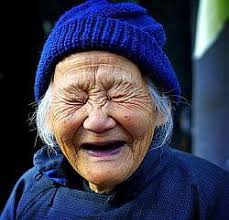 Maybe not the most urgent reason, but it’s one you’ll thank me for later. Learning a second language, it turns out, keeps your brain going for longer. The Annals of Neurology publish a scientific paper today showing the evidence that learning a second language can help keep your mind sharp into old age, and that it can in fact stave off dementia for an average of four years. In case you don’t fancy tackling the research paper itself at the above link, here’s The Independent’s take on the story:

The case for improving the national uptake of foreign languages is usually phrased in economic terms. British people are notoriously leery of extending their linguistic repertoire. Lulled into a sense of security by the omnipresence of English, we sit at or near the bottom of European tables in terms of bilingual proficiency. Organisations from the British Council to the British Academy have warned that such stubborn Anglocentrism risks the nation’s future competitiveness in an increasingly transnational economy, as workers from abroad who can speak one or two other languages elbow tongue-tied Brits out of the way. These reasons are compelling enough on their own, but they do not offer the full picture.

A new study clarifies the beneficial effects that learning a foreign language can have on the brain. Even if the lessons start late in adult life, as brain function naturally decreases, they can help ward off dementia. This builds on existing research that shows, for bilingual adults, Alzheimer’s setting in an average of four years later – at 75 instead of 71. The data is strong enough to suggest that the NHS ought to consider encouraging patients, especially the elderly, to try their hand at a new language.

Besides the travel opportunities, the sense of achievement that comes with such study might appeal. As the number of people suffering from dementia is expected to rise to over a million by 2021, prevention needs to take its place near the top of the health service’s agenda – and language-learning should now be packaged up with exercise, the other preventative tool backed up by a number of neurological investigations. It is a sad fact that the best time to treat the disease is before it’s even begun. In this case, drugs can only smooth the descent.

We have yet to fully turn the corner in embracing foreign languages, though there are positive signs in the education system. After decades of decline, the number of students choosing to study French, German and Spanish increased last year – and from this year all will be required to study one foreign language between the ages of seven and 14. Now we know that the benefits of language-learning are not limited to the young, there is all the more reason for parents to join in.